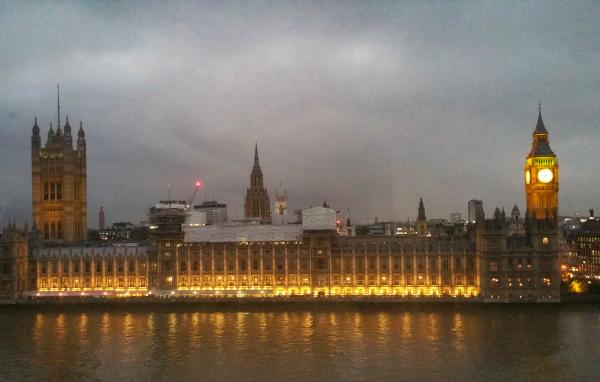 THE ITALIAN JOB, VASELINE AND A PIRATICAL WIFE.

I was standing in a private ward in the gynaecology department of the world’s finest eye hospital looking through the window at the Mother of all Parliaments whilst thinking about the Right Honourable Keith “Vaseline” Vaz MP and his drug-fuelled sexual encounters and my Moto Guzzi Gelato engine. That's and. Not with.

My wife couldn’t see the view. In any case she had only one eye in use; the other covered by a piratical black patch over which her glasses could not be worn. One eye, no glasses; no view. Additionally, she was asleep, recovering from an operation which was not of the gynaecological kind.

“Vaseline Vaz”, Chairman of the Home Affairs Select Comittee, had committed no crime but British politicians know it is their sexual behaviour, not corruption, that prematurely ejects them from high office. Vax had paid sex – he paid – with two members of his own sex. The story was published. Mr Vaz is still a Right Honourable, but perhaps for not much longer.

Strangely enough Parliament itself was relocated the very next day as the fabric of the building, hypocrisy and perhaps democracy too, had fallen to such a low ebb.

To my wife as I observed her gently sleeping. The previous week she saw her doctor as her sight in her left eye had become fuzzy & dim. On Monday we went together to St. Peter’s hospital in which she met an eye specialist. Following an examination, we were sent, post-haste and very urgently to St Thomas' hospital where this narrative took place.

But. Whilst post-haste was vigorously pursued for two nervous hours through the narrow busy streets of Old London the cleaner sent a text message. Which my wife could not read with any accuracy but seemed to convey that an engine had been delivered from Italy and was even now sitting in our hall. But she, the cleaner, had put some cloths underneath to stop the oil staining the ersatz wooden floor.

Delighted about the cloths I cried, but it’s supposed to be in Poland. Readers will have previously read of the destruction of the Moto Gelato engine; here was the awaited replacement, but delivered to the wrong country.

From induction to Emergency Eye to operation, the same examination performed and the same questions asked four times by four different people in three different departments over a period of seven hours.

After the second eye examination the battery in my phone, of which the latter was being used to try and redirect engine deliveries, started to fail. I bought a battery powered battery charger from the in-hospital W H Smith. In fact, I bought three; but all of the batteries were flat and the phone remained switched off. I upped the ante and bought a more expensive charging model. It charged for 30 minutes.

The problem for my wife was confirmed. The retina had detached itself from her eye. Emergency surgery was required. Now. This minute. So another examination was determined.

In the meantime, after examination three, I had established a tenuous connection with the Italian purveyor of pre-loved engines. He had no English, I had no Italian and little idea on how to broach the subject of delivery to the wrong country.

Examination four concluded and the consultant provided a situation report to my wife as follows; Think of your eyeball as the inside of a room with wallpaper on the walls. Some of the wallpaper had peeled off, and the effect of gravity was making it tear still further. The solution was to rough up the area of wall from which the paper had become detached (with lasers) and then to pump gas in to force the loose wallpaper (retina) back into position and stick itself in place to the aforesaid roughed up area.

When my wife related the metaphor to me later it caused a distinct queasiness to be added to the concern I already felt.

However, and Praise Be for the National Health Service, the operation took place and was successful. Afterwards, the surgeon advised laying down; the only room available being post-natal for the use of, in the Gynaecology Department. Don’t ask.

Through the window the Parliament building was beautiful and calm in the darkening evening.

Most of all, my wife was on the way to recovery and Keith Vaz was in deeper trouble than me.

I was resigned to not being able redirect the delivery of the engine. It did get sent back finally. Four days and three hours later.

But will it arrive in Poland in time to insert into the Gelato so that I can ride the Distinguished Gentlemen’s Ride in Wroclaw?

We shall see, in due course. As will my wife.

The full story comprises
Dinner for One,
Of Ignominy and Shame,
The Italian job,
A Tale of Two Engines,
The Discreet Charm of Bruno Boivin and
The Tango Club of Chatelaine.

If you enjoyed this story you may enjoy reading my book :)