OF IGNOMINY AND SHAME 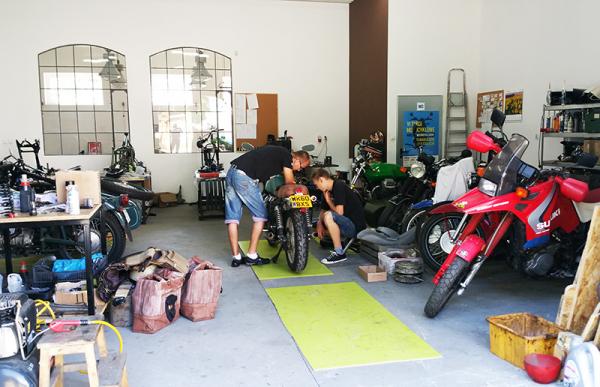 OF IGNOMINY AND MOTORCYCLE SHAME: A PUBLIC CONFESSION.

My loving wife picked me up at Heathrow airport. She was not best pleased as I had told her, according to my Lufthansa ticket, to meet me at Terminal One. Terminal One is currently being rebuilt; there are no aircraft or passengers there.

When she found me at Terminal Two she was not best pleased that I had destroyed my motorcycle engine thus necessitating the flight home from Wroclaw, Poland to London and a new engine to be purchased from somewhere and subsequently affixed.

“How did it happen?” she asked again. Through gritted teeth, for I am a mechanical genius and multiple long distance motorcycle traveller I said “the oil light came on and I ignored it. Consequently, the engine made loud noises and refused to go further.”

As part of my atonement I had to keep repeating this for the fifteen-minute drive to our home.

The previous day the motorcycle had made a lot of noise.

I had known the oil would need changing on the journey. I left the UK with 4,200 miles showing, thus 1800 miles to the oil change; I had purchased a new oil filter to do the job enroute. The oil light had been flashing occasionally and the engine was stalling now and again. A search of the forums suggested these indications meant the engine was running lean… a known V7 defect. So did I check the oil? Of course not. I trust the internet, not the oil indicator.

The bike was parked overnight in a secure lock-up on the premises of the Wojar-Trans transport company, owned by the inestimable Wojchiech Jaroszewicz. 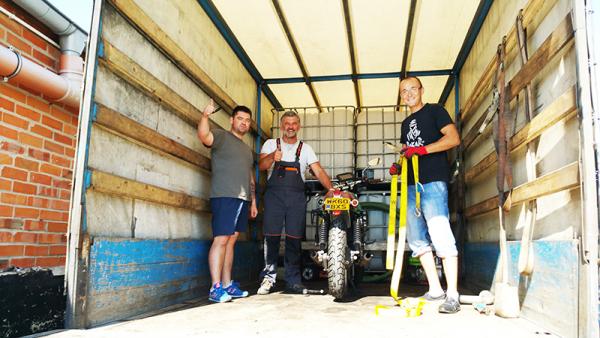 After looking after me the previous day Wojchiech had one of his drivers load Moto Gelato and me on to a truck for a speedy transit to the specialist Custom builders.

A good man - a good team of people.

To the Motoracer Garage Coffee 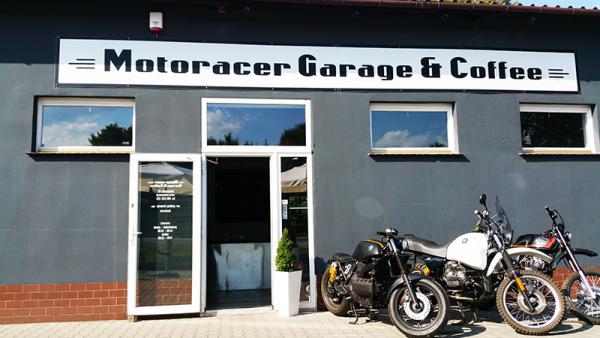 where more fabulous, friendly and helpful people appear, and a workshop floor so clean you can spot a dropped M3 bolt from twenty metres.

Miloscz & Beata are the owners of this fine establishment; Kuba is one of the engineers and he started the engine strip down in minutes.

Beata fed me coffee. Not just ordinary coffee. Such is the flair and dedication of this couple even the coffee is chosen at special Barista tastings. The beans are never more than two days old, specially ground; the result is simply perfect.

The attention to detail is evident in the custom built bikes around me. Urals, another Guzzi, rare machines from renowned marques. Kuba has removed the top end; cylinder internals shiny, no wear. Maybe it’s just a bearing replacement for the crank shaft. Ahhh, but look at all this swarf, and small pieces of metal down there in the dark. And the piston with a jagged triangle of metal removed. The more we look, the worse it gets.

Eventually Miloscz makes a statement. “We could rebuild the bottom end. Replace the crankshaft, con rods, pistons and bearings.”

I nodded knowledgeably, but with little understanding.

Miloscz continued “We are not expert with Moto Guzzi. To take the engine apart, review and assemble new parts then rebuild will take a long time and will be expensive. Better to find and fit another engine”

This is not what I wanted to hear. I didn’t check the oil and now I need a new engine?

Three hours later and Miloscz has found a replacement engine here in Poland. I look at an onscreen image of a forlorn looking partially stripped V7 and think, oh no, that engine doesn’t look well. I will, I say to Miloscz, think about it.

Meantime it’s party night at Motoracer Garage Coffee and bikers and guests are starting to arrive. Burnouts, beer, great food; I am not allowed to spend money.

Beata has found a hostel for me to stay in, but suggests I stay with her and her husband. By now I have bought a flight home; but it means I have to leave at 03.30 to get the airport. More newly made friends in the shape of Aga and her husband Michael say “No matter -we will take you”

I am truly overwhelmed by the kindness shown to me. Karma works.

So .. party on… and I am dropped at the airport at 04.45 for a flight to Frankfurt and then London.

A newer engine was found near Naples and as I write is being shipped to Wroclaw.

The ignominy and shame of it all.

But new friends and autumn journey to look forward too.

Notes from the Road Vol IV is available here