in the year 2012 I became a proper fully fledged long distance motorcycle rider.

It wasn’t the fifteen thousand mile journey from London to the boondocks of Kurdistan that qualified me. Nor was it the purchase of my glorious Moto Guzzi Stelvio.

The fledging of the rider was the ceremony of receiving the Motorcycle Jacket, Cotton, Waxed. 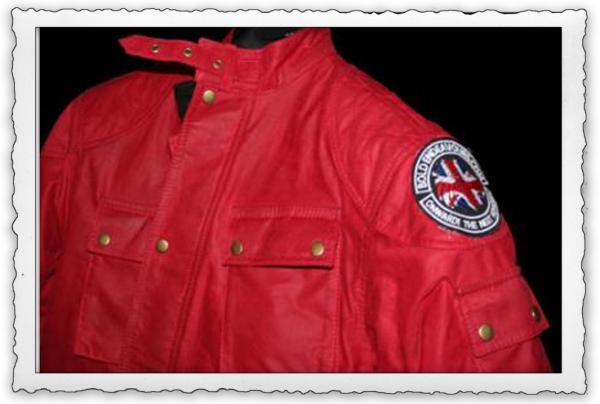 The motorcycle world is as complex as any other grouping within human society. Cruiser, crotch-rocketeer, vintage, enduro, trials and commuters; Each sub section has it’s own mores, myths and, yes, dress code. Motorcyclists are divided by special interests, unified by the camaraderie of riding two wheels.

The average biker (if there were such a person) would say he or she is not interested in how they look, it’s just about the ride. But each and everyone does make an effort to identify with their part of the tribe. And once off the bike, they form up like troops. The cruiser crowd are in black leather jackets, crotchateers wear multi-coloured all-in-ones  just like their race track heroes, and then all the way up, or down, to commuters in textiles.

All of this makes it patently obvious that I could not be a fully-fledged and proper sitting upright  RTW (Round The World) type of rider unless I was correctly attired. A century ago (actually a century and a half) you wouldn’t dream of adventuring anywhere without a pith helmet. So it is today.

I have of course, studied the field for Motorcyclist Jacket, Cotton, Waxed.

There’re brands, wannabees and pure rubbish. At the top of the tree are Barbour and Belstaff. Barbour invented the whole wax jacket thing, and clothed Steve McQueen back in the day. Belstaff, originally British with a great aerial and motorcycling back story, was bought by some savvy Italians who upped the stakes in design and quality.

Both companies offer the same base fabric, manufactured in Britain by The British Millerain Company. The Miller family (Miller Rain, geddit?) started in 1880 and they still own the business.  Today it’s a big concern, exporting specialist fabrics worldwide. Including China where Barbour, Belstaff and the wannabees are made.

Anyway, this RTW was not going to be satisfied with a same old, same old, common or garden variety of Belstaff or Barbour, oh no. Or even a wannabee wax jacket motorcycling biker

I went back to the roots of wax jackets and found a company making traditional wax jackets using Millerain fabric. In fact, Carl Wilson’s Claymore company is just up the Calder Valley from the Millerain factory

So when I said to Carl, "Can I have a Wax cotton biker jacket in deep red?", he said “Yes. Of course” So Carl and his elves (or elvettes) individually designed and made to my measurements a perfect 10 ounce Millerain deep red waxed cotton motorcyclist jacket. It was a perfect fit.

And then, of course, I rode to Mongolia wearing the jacket.

So here's the before and after. After 15,000 miles you'd look a bit tired too :) But I washed it, and treated it and now it is soft pink colour with built in retro dirt. I wear it still.