The Deities of Health and Safety have long since elbowed their way into motorcycling.

But it does seem to me that, as with all things Health and Safety, style and adventure go out of the window at the same velocity that protection is introduced.

After all, it was rebellious leather jackets that first attracted so many of us to motorcycling; woven titanium textile onesies with blow up airbags and integrated camel water humps doesn’t quite cut it in the style stakes.

In 2012 I bimbled across Eurasia on my Moto Guzzi  Stelvio wearing what I thought was a rather fetching custom made red wax jacket with a handkerchief tied round my face instead of a tube.  Both items turned black for a while from road gunk; but now they’ve been washed a few times and have settled to a warm hunting pink.

One advantage of less than usual H&S attire is that you can wear it off the bike. 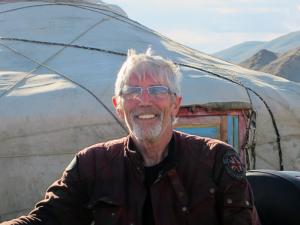 You're probably not going to look Übercool taking a stroll along the banks of the Volga swishing whilst swaddled in your unitard. Which swishing of shiny textiles brings me to jeans. And or pants as the nouveau fournisseurs are starting to say.
The pant, singular. God help the English language.

In the UK pants are underwear. To be worn under trousers or jeans or, for some reason, on your head if you have enough to drink.

Now I realise I’ve been moaning on about H&S influence, but I’m not entirely stupid.

I’ve had offs wearing textiles, leather, Kevlar jeans; not all at once of course. The accidents were mostly at slow speed, between 10mph and 30mph. The leathers came off worse because the skid along the tarmac scarred the surface. Understandable – the skin on my elbow came off too.

Kevlar jeans were unmarked, as was my ass. 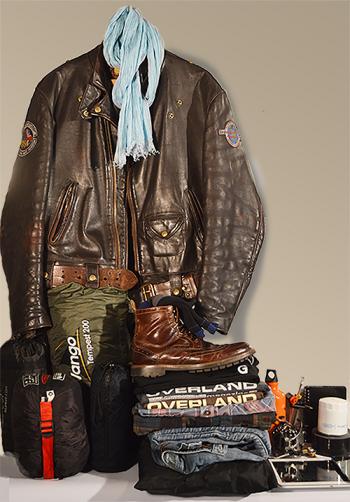 So 2015 and I’ll be out there somewhere going back to the future. In leathers, with kit like this

Hope you are too.