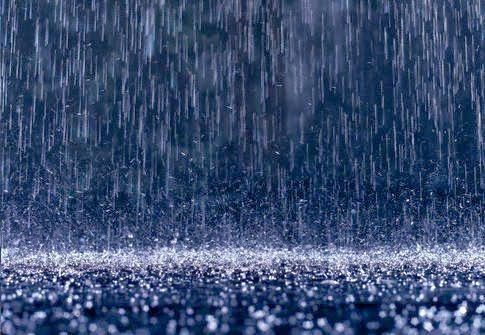 Once I’d washed the petrol from my eyes I went back to the bike to complete filling the tank. The pump dispenser had stopped and wouldn’t work.

I went back inside to ask for help; after queueing for another five minutes the assistant told me what I already knew; the pump had stopped working. I must go outside, holster the nozzle, return to her, pay for the fuel so far and then make a new fill and purchase. Outside, nozzle holstered, return to queue, pay the eighteen pence used, back out again, new fill up, back inside to queue and pay.

It’s just after six a.m; I didn’t know I had just started a repeated ritual for two more countries…

To the ferry at speed but no avail. It is fifty two minutes before sailing, but I am too late.  Bikes must check-in an hour before standard vehicles. This apparently, is because it takes an hour to strap eight motorcycles down on the car deck. The ferry missed, but P&O were up to the challenge, smiling “You can get the next one”

Lovely, but my schedule, and the 850 kilometres ride ahead, is now a lost dream.

Boarded, strapped, I made my way to the lounge and bought coffee and bacon butty. Pretty good, but for £8.50 I would have expected them to provide a napkin too.

It was my pleasure to meet a fellow smart bearded biker, Lynton, who, apparently, carried out maintenance on these ferries before he retired. Lynton rides a Harley, wears Barbour rain jacket, leather race trousers that he picked up used for £25. He has more kit packed for a weekend camping in the Netherlands than I would take for a year. But he is not as Spartan as me. He does, however have a generosity of spirit and a fund of stories.

We spoke also of his wife, taken by cancer three years ago, with whom he shared all life and his motorcycle journeys. I understood from Lynton that she was a most courageous woman, especially in the last days of her life.

As I was late for the last ferry, I was at the head of the queue for this one. I said to Lynton that in no circumstances should he follow me as I will be lost in minutes, he should overtake and go ahead immediately.

The hangar doors opened, motorcycles were started, loud roars and much throttle playing a tympani for the drivers of cages. Then nothing happened for ten minutes, each motorcyclist turning off their engines one by one until just one forlorn thumper at the back thrummed without much zealotry. The cages were waved off, trucks long gone, and we motorcyclists finally departed quietly, throttle diminished, clutch feathered as we sought a good path across the rain soaked steel deck.

In daylight, on the road, I was optimistic of the weather. But, of course, it rained. Northern France is only 26 miles and small sea crossing from Southern England. Why do I always think the weather will change to glorious unbroken sunshine?

Change it did not. Grey, damp, fine rain, then heavy but the wind dried out the leather jacket and blue jeans.

To a petrol station where the pumps did not work, at least for me. I got 11 cents of petrol and shutdown. To the petrol pay desk and short square Belgian woman (for this, I believe, was Belgium) with cropped grey blonde hair and a square suntanned face. In English she said. “You do not fill up?” I said, “I would like to, but it doesn’t work”

“OK, you must pay for this and try again. But first you must place the nozzle in the holster.”

To the pump, nozzle holstered, return to the queue and say “May I pay the 11 cents?”
Which I did, and returned to the pump. By now, I had a plan. I would use a different grade of petrol. Nozzle in the motorcycle’s tank, trigger pressed. Six cents and not a drip more.

Beaten, I holstered the nozzle, returned to the queue, paid six cents and thought “Enough”. I will go to another petrol station.

But on return to the bike I finally saw what I was looking for all the time. A card dispenser, that worked in English. Moto Gelato and I were ecstatic, card worked, in English and tank brimmed; a coffee was the thought for celebration. The bike move up next to the restaurant, inside to the autodispense coffee machine where I can’t get my card to work after three attempts. At the self-serve cafeteria I found a human who served coffee and accepted the card, which worked.

To the lavatory then, where no admittance can be gained without paying 50 cents. Outside to hop up and down a bit and ask a man who was looking at my bike if there was a cash machine on the premises. “No”, he said “this is a nice bike. I am a biker too.”

I am now hopping with some vigour; this was not the Tango I wished to dance across Europe. He asked if there was anything wrong. I admitted that I was in dire need of a lavatory. I accepted the permanent loan of 50 cents and made it with seconds to spare.

Enough of toilet talk. I have to make another 650 kms this day.

This time the wind does not dry me out. I stop under a bridge to put on wet weather gear and rain comes down in a biblical flood. I ride in wet clothes with the outside equally wet. Steam builds in my helmet, the rain hits the road and bounces a metre in the air. Vehicles pass at outrageous speeds, spray is everywhere.

I stop after ninety minutes for fuel. This time I understand how to buy it. But now I am in Germany, still with no cash. I check the cost of “using the facilities” and find crossing the border has increased the price by 30%. I ask the dark haired young woman at the counter to add 70 cents to the bill so that I can use the lavatory. She does, but perhaps not with all the grace she could muster if she tried.

But happily I do not have to hang around outside the lavatory accosting strangers asking for money. However, I did leave the keys behind on top a radiator – not prepared to pay another 70 cents I scrambled under the children’s entrance thinking that I should have done this before.

To the coffee counter; coffee poured, card proffered, card machine does not work. Serving assistant pouts and I get the coffee free. Result! I thought as I stood outside smoking one of my three a day with the rain soaking the tobacco and finally extinguishing the cigarette.

This story repeats itself a couple more times; the only changes are the comments from fellow travellers in shorts and t-shirts as I standing puddling the floor but I have something new to keep my mind occupied. The Satnav – Ms Ndrive, now deceased – is showing journey time and kilometres to go. The bike time is still set to GMT and of course, in miles. I don’t know if the phone based satnav has automatically changed the time zone, if it will be light when I get to my destination or how much the interminable road works and relentless rain is altering the estimated time of arrival. For which zone.

To keep focused I pray with gratitude for the inventor of waterproof socks and make furtive glances at the grips on my handlebars; I recently wrapped them with strips of leather left over from the manufacture of my pannier bags. But this is thin stuff for the mind and grips have darkened, soaking wet. I try whistling but water, not air, is bubbling from my mouth.

Finally my voices have an internal discussion agreeing it was a good thing that the Marseilles crook on eBay, from whom I ordered a blue steel, open faced Biltwell helmet - the only medium size advertised in all ofEurope - had not delivered it. For I would be in a much worse state if he had.

And on this agreement, the rain almost stopped, the sun, hidden by the clouds all day, sank finally below the horizon and I arrived, wet, tired but welcomed to a small town in Germany.